Fifteen-year-old Isabelle Scott loves her life by the boardwalk on the supposed wrong side of the tracks in North Carolina. But when tragedy strikes, a social worker sends her to live with a long-lost uncle and his preppy privileged family. Isabelle is taken away from everything she’s ever known, and, unfortunately, inserting her into the glamorous lifestyle of Emerald Cove doesn’t go so well. Her cousin Mirabelle Monroe isn’t thrilled to share her life with an outsider, and, in addition to dealing with all the rumors and backstabbing that lurk beneath their classmates’ Southern charm, a secret is unfolding that will change both girls’ lives forever. 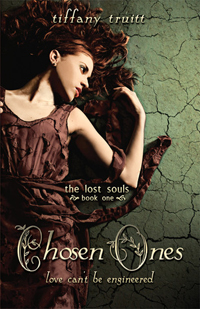 What if you were mankind’s last chance at survival?

Sixteen-year-old Tess lives in a compound in what was once the Western United States, now decimated after a devastating fourth World War. But long before that, life as we knew it had been irrevocably changed, as women mysteriously lost the ability to bring forth life. Faced with the extinction of the human race, the government began the Council of Creators, meant to search out alternative methods of creating life. The resulting artificial human beings, or Chosen Ones, were extraordinarily beautiful, unbelievably strong, and unabashedly deadly.

Life is bleak, but uncomplicated for Tess as she follows the rigid rules of her dystopian society, until the day she begins work at Templeton, the training facility for newly created Chosen Ones. There, she meets James, a Chosen One whose odd love of music and reading rivals only her own. The attraction between the two is immediate in its intensity—and overwhelming in its danger.

But there is more to the goings-on at Templeton than Tess ever knew, and as the veil is lifted from her eyes, she uncovers a dark underground movement bent not on taking down the Chosen Ones, but the Council itself. Will Tess be able to stand up to those who would oppress her, even if it means giving up the only happiness in her life? 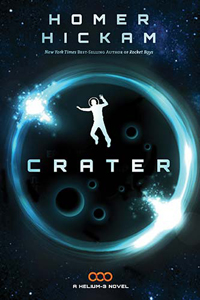 A Helium-3 miner named Crater makes a treacherous journey through space to find a mysterious and priceless treasure.

Veronica Severance feels cut off from the world. Forced to move from the city to rural Oregon with her parents, she is haunted by loneliness and by the chilling sounds of the Santiam, the river that runs through her backyard.

Through the fog of isolation, Ronnie finds herself becoming close with Karen, a young girl who she babysits. But when she discovers Karen’s body on the banks of the Santiam, the victim of a supposed accident, Ronnie feels compelled to uncover the truth.

As she becomes increasingly obsessed with solving Karen’s death, Ronnie is led deeper and deeper into the woods surrounding the river and to the dark secret hidden within its midst.

Eve, a runaway, finds a new job at a coffee shop on the outskirts of Tuscon. When she’s approached by two wealthy teens who claim she bears an uncanny resemblance to their missing cousin Aurora, her life takes a turn for the dark and mysterious. Drawn into a scheme to win Aurora’s inheritance, Eve finds herself impersonating the girl, who disappeared three years ago on the night her best friend Elizabeth died. But when Liza’s ghost begins to haunt Eve, doing harm to the people close to her under the guise of “protecting” her, Eve finds herself in a nightmare maze of lies and deception that leads her to question even her own identity. She realizes her only chance is to uncover the truth about what happened the night Liza died, and to find Liza’s killer – before she’s next. 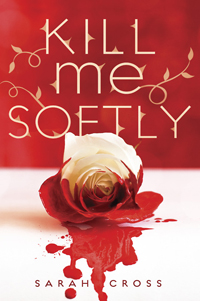 Mirabelle’s past is shrouded in secrecy, from her parents’ tragic deaths to her guardians’ half-truths about why she can’t return to her birthplace, Beau Rivage. Desperate to see the town, Mira runs away a week before her sixteenth birthday—and discovers a world she never could have imagined.

In Beau Rivage, nothing is what it seems—the strangely pale girl with a morbid interest in apples, the obnoxious playboy who’s a beast to everyone he meets, and the chivalrous guy who has a thing for damsels in distress. Here, fairy tales come to life, curses are awakened, and ancient stories are played out again and again.

But fairy tales aren’t pretty things, and they don’t always end in happily ever after. Mira has a role to play, a fairy tale destiny to embrace or resist. As she struggles to take control of her fate, Mira is drawn into the lives of two brothers with fairy tale curses of their own . . . brothers who share a dark secret. And she’ll find that love, just like fairy tales, can have sharp edges and hidden thorns. 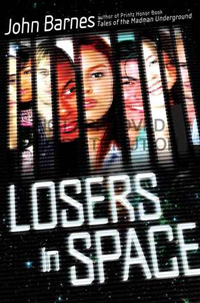 Susan and her friends are celebutantes. Their lives are powered by media awareness, fed by engineered meals, and underscored by cynicism. Everyone has a rating; the more viewers who ID you, the better. So Susan and her almost-boyfriend Derlock cook up a surefire plan: the nine of them will visit a Mars-bound spaceship and stow away. Their survival will be a media sensation, boosting their ratings across the globe. There’s only one problem: Derlock is a sociopath. Breakneck narrative, pointed cultural commentary, warm heart, accurate science, a kickass heroine, and a ticking clock . . . who could ask for more?

It is 1978. Merle is in her first year at the Corcoran School of Art, catapulted from her impoverished Appalachian upbringing into a sophisticated, dissipated art scene.

It is also 1870. The teenage poet Arthur Rimbaud is on the verge of breaking through to the images and voice that will make his name.

The meshed power of words and art thins the boundaries between the present and the past—and allows these two troubled, brilliant artists to enter each other’s worlds.

Just when she and Lucas are finally getting close, she learns that his pack has forbidden them from being together. Was it a mistake to pick him over Derek? And it’s not just romance troubling Kylie. An amnesia-stricken ghost is haunting her, delivering the frightful warning, someone lives and someone dies. As Kylie races to unravel the mystery and protect those she loves, she finally unlocks the truth about her supernatural identity, which is far different—and more astonishing—than she ever imagined.

Titel: The Book of Blood and Shadow 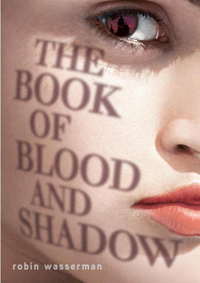 It was like a nightmare, but there was no waking up.  When the night began, Nora had two best friends and an embarrassingly storybook one true love.  When it ended, she had nothing but blood on her hands and an echoing scream that stopped only when the tranquilizers pierced her veins and left her in the merciful dark.

But the next morning, it was all still true: Chris was dead.  His girlfriend Adriane, Nora’s best friend, was catatonic. And Max, Nora’s sweet, smart, soft-spoken Prince Charming, was gone. He was also—according to the police, according to her parents, according to everyone—a murderer.

Desperate to prove his innocence, Nora follows the trail of blood, no matter where it leads. It ultimately brings her to the ancient streets of Prague, where she is drawn into a dark web of secret societies and shadowy conspirators, all driven by a mad desire to possess something that might not even exist. For buried in a centuries-old manuscript is the secret to ultimate knowledge and communion with the divine; it is said that he who controls the Lumen Dei controls the world. Unbeknownst to her, Nora now holds the crucial key to unlocking its secrets. Her night of blood is just one piece in a puzzle that spans continents and centuries. Solving it may be the only way she can save her own life.

Maya and her friends–all of whom have supernatural powers–have been kidnapped after fleeing from a forest fire they suspect was deliberately set, and after a terrifying helicopter crash they find themselves pursued by evildoers in the Vancouver Island wilderness.

The first time his father disappeared, Tucker Feye had just turned thirteen. The Reverend Feye simply climbed on the roof to fix a shingle, let out a scream, and vanished – only to walk up the driveway an hour later, looking older and worn, with a strange girl named Lahlia in tow. In the months that followed, Tucker watched his father grow distant and his once loving mother slide into madness. But then both of his parents disappear. Now in the care of his wild Uncle Kosh, Tucker begins to suspect that the disks of shimmering air he keeps seeing – one right on top of the roof – hold the answer to restoring his family. And when he dares to step into one, he’s launched on a time-twisting journey
– from a small Midwestern town to a futuristic hospital run by digitally augmented healers, from the death of an ancient prophet to a forest at the end of time. Inevitably, Tucker’s actions alter the past and future, changing his world forever.

It’s 1870, and a young woman named Odile is fighting to survive on the blood-soaked streets of Paris. Luckily, Odile has an advantage and a bizarre birthright. She is descended from the Cagots, a much-despised race whose women were reputed to be witches. Were they, in fact? This is the question Odile must answer–about her ancestors and herself–while she uses her talents to help a young Doctor Jekyll who seems to be abusing the salts that she gave him in a most disconcerting way.

Titel: Thou Shalt Not Road Trip

When sixteen-year-old Luke’s book, Hallelujah, becomes a national bestseller, his publishing house sends him on a cross-country book tour with his older brother, Matt, as chauffeur. But when irresponsible Matt offers to drive Luke’s ex–soul mate, Fran, across the country too, things get a little crazy. On the trip, Luke must loosen up, discover what it truly means to have faith, and do what it takes to get the girl he loves.

Told with Antony John’s signature wit and authenticity, and featuring smart, singular characters who jump off the page and into your heart, this story is a spiritual awakening and rockin’ road trip in one.